Домой События Digest of the Architecture of Sochi, March 2011

Byzantine church in Imereti lowland will be a museum It was thought that this object has been destroyed during the irrigation and construction work. The temple was found during the archaeological rescue work started before the construction of Olympic facilities. It will become an open air museum. Krasnodar Region presented the project of «Sochi-Park» at the International Exhibition of Commercial Real Estate MIPIM-2011 in Cannes (France). The project consist of a year-round theme park and an international entertainment centre.

Second phase of installation of the metal frame of the dome continues at Grand Ice Arena. Assembling of the frame is carried out in two stages. On the first stage, 17 largest farms were installed, which completely overlapped the space above the main hockey field. On the second stage, the metal covering of the halls is to mount. It consist of 68 steel semi-arcs, which were called sabre farms due to its unusual shape. A big construction of palace style building on the project of one of the first women engineers in our country Tamara Katsenelenbogen began in 1953-1954. In 1955 the main building was put into operation. Thus the holiday house became a recreation sanatorium and was named «New Sochi» on the name of his place location.

Pushkin Library opens after the repair The oldest city library was renovated in less than a year. The opening ceremony was held on March 4, 2011.

Vyacheslav Vnukov: Unexpected news
«Architecture of Sochi» continues to publish selected chapters of memoirs of Vyacheslav Sergeyevich Vnukov — the Chief Architect of Sochi from 1971 to 1985. Evgeny Serdyukov first time proposed the idea of cosmism in architecture thirty years ago. His architectural designs have always distinguished by their depth, originality and expressiveness.

Media Center in the Imereti lowland is under construction round the clock
Several months were spent on ground preparation. Only after it it began to make the foundation slab. The main media centre for the Winter Olympics scheduled to be commissioned in 2013.

Execution of the project «Uniform architectural appearance» was discussed in the city administration
Anatoly Pakhomov, the Mayor of Sochi, was displeased with government officials to bring the city to the uniform architectural design. Now this problem will be addressed weekly.

Half of announced projects in Sochi is frozen
This trend is linked with the law on which the construction of all facilities, including furnish of the facades and roofs, shall be completed by early 2012. In this context, short term deficit of high-quality and liquid big-deal offers is projected in Sochi. And that could contribute to a shift in demand for real estate listings located in Krasnaya Polyana.

There is no time on architecture
Construction of housing for relocated people looks most depressing. The farther away from the Olympic Park and zones of international hospitality the more dull appearance of the houses.

Dress code for flyovers
Unsafe and unsupervised areas always appear under flyovers in a city. Ideally, there could be a park with English lawns and biking trails.

Lights and Colour of Sochi nights

Since the beginning of March this year, dynamic lighting of Sochi TV tower ignites every day at 8:00 PM. The city of Sochi and the Krasnodar Region signed an agreement on the forthcoming cooperation with the company Royal Philips Electronics, the largest lighting manufacturer, which will implement energy-efficient technologies in street lighting and will develop the uniform lighting concept of the upcoming Olympic capital.

Began the erection of a metalware of indoor skating centre
On site of this sport facility, the concrete foundation has been laid on all perimeter of the building. The area of ​​this foundation exceeds 33,000 square meters. Completed an underground gallery connecting separate zones and allowing athletes to enter the arena bypassing the skating area. The complex of buildings to accommodate the media during the Olympic Games in Sochi in 2014 designed by the «SPEECH Choban / Kuznetsov» workshop. At the Olympics these buildings will operate as a 3-star hotel complex for 4200 rooms. After the Olympics they will be turn into housing.

Seminar: «The European tradition of quality housing in Russia. Materials and Technologies»
Oleg Antonov, the Head of Representative Office of «Ladny Dom» in Moscow, presents an European tradition of house building in the context of Russian realities. Also addresses the application of European materials in the climatic conditions of Southern Russia. Construction of flyover intersection ring started at the intersection of Donskaya street and Gagarina street, one of the most problematic Sochi road junctions.

Laid the first stone of a seaside Olympic Village On Wednesday, March 23, 2011 in the Imereti lowland, took place a solemn ceremony of laying the first stone of the Olympic village of the seaside cluster. The project provides construction of about 1.7 thousand apartments located in 53 buildings on the area of about 232000 square meters.

Vyacheslav Vnukov: Weekdays and holidays of a house designer. Part 1
«Architecture of Sochi» continues to publish excerpts from the book «Twenty-three years at the resort» by Vyacheslav Sergeyevich Vnukov.

Station Adler: The final stage of installation of metal concourse Specialists of NGO «Mostovik» came to the final stage of installation of the metal frame of the main operational and distribution hall (concourse), the central part of the railway station «Adler». Work on the «urban» part of the station is underway now.

Session of the Commission to change the LUDR on March 25, 2011 The regular session of the Commission into changes of the Land Use and Development Regulations (LUDR) has held with new members.

Construction of «Doubler» is now conducted also in city centre
The highway should go through whole Zavokzalny micro-district and head to the southern side of the city. A spadework is already conducted on the slope fenced with a dark blue fence. In September 2009, Central polyclinic of Sochi Station designed by «YugAkademTsentr» (Sochi) has been solemnly opened. This year, the architects of «YugAkademTsentr» prepared the project of reconstruction of Department of Preventive Disinfection (MPA) into an administrative building. The Research Center of the Sochi branch of the Federal Center of Hygiene and Epidemiology on Rail Transport will be located in this building.

«Bypass of the city of Sochi» is planned to be extended until Nizhnyaya Hobza village
The project of construction of a new turn of the existing highway is currently being examined.

The Moscow experts have estimated real estate of Sochi
The 24-th specialised exhibition «Real Estate 2011» was held in Moscow on March 24-27. It held a press conference on the theme of «Resort Real estate of Sochi in the eve of the 2014 Olympics».

Repairs of the museum of Valeria Barsova is taken under personal control of the mayor of Sochi
During the inspection of Chernomorskaya Street held on March 29, 2011, the mayor has criticised the contractor conducting repair work on historic site. 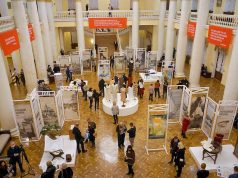 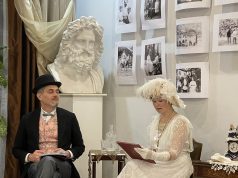 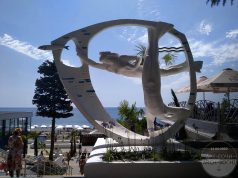