Домой События Digest of the Architecture of Sochi, October 4 — 22

World Day of Architecture
The International day of architects and lovers of architectural masterpieces is celebrated annually on the first Monday of October. This year the theme was «Better Cities Better lives. Sustainable by design».

A design competition «Aerostatic architecture for the Olympic Games Sochi-2014» has held during the festival of architecture, design and yacht «Anapa Breeze 2010».

Reconstruction of the Shopping Arcade to begin in late October Reconstruction will take two years and in the beginning of 2013 all the five blocks will be updated. Trading space will be increased by almost threefold. There will also be placed underground parking for 300 cars. A multifunctional shopping and entertainment complex «SOCHI MALL» will be built on the territory of the former Sochi Concrete Production Plant. The project has been made by the architect workshop «SPeeCH».

Gazprom plans to build the second course of the hotel «Lazurnaya»
OAO Gazprom has announced a competition to design five-store building for 100 rooms, which will have the category of «five stars». Igor Yaroshevsky: Project of the modernization of the Shopping Arcade.

The reconstruction of the Shopping Arcade planned to begin in late October is not the first attempt to breathe new life into the largest shopping center of Sochi. Igor Yaroshevsky in his book «Architecture and Power» (2001) told his thoughts about the Shopping Arcade and its future, as well about of his own modernization project.

A second walk through the Olympic construction spots in Adler Photo essay on the construction of the railway which will connect the airport and railway station in Adler, Port Nizhneimretinsky, Nekrasov settlement, houses in the village Vesely.

The Soviet press about the general plan of development of Sochi-Matsesta 1933
Based on the article «The Soviet Riviera», the newspaper «Pravda» on 17 March 1935.

Project Documentation of the transport interchange «Airport» passed the examination
A two-level interchange will be constructed on the road «Adler — Krasnaya Polyana».

The Russia GP circuit to design by chief architect of the «Formula 1»
Likely the architectural firm of Herman Tilke, previously developed several projects for «Formula 1», to design a circuit in the Olympic Park.

Modern technologies, equipment and materials on the forum «SOCHI-BUILD»
The VIII International Building Forum «SOCHI-BUILD» will be held in the exhibition halls at the Seaport from 21 to 24 October in Sochi. Forum will include eight thematic areas.

Photo essay from the Press-tour on Olympic venues for bloggers In early October, «RIA Novosti» held a press tour for people actively writing on the Internet about Sochi as a whole and Olympic theme in particular. Environmental sections of several projects important for the city were reviewed at the public hearing. The reconstruction of the first of Soviet hotels in Sochi is among them. Its grand opening held in the exhibition halls at the Seaport on 21 October 2010, at 11-00. Several architectural workshops presented at the booth of the Sochi Section of the Russian Union of Architects. 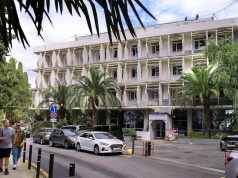 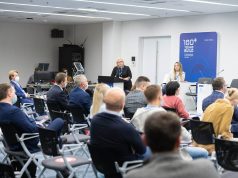 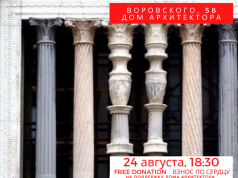 © 2009-2016 Архитектура Сочи
We use cookies on our website to give you the most relevant experience by remembering your preferences and repeat visits. By clicking “Accept All”, you consent to the use of ALL the cookies. However, you may visit "Cookie Settings" to provide a controlled consent.
Cookie SettingsAccept All
Manage consent

This website uses cookies to improve your experience while you navigate through the website. Out of these, the cookies that are categorized as necessary are stored on your browser as they are essential for the working of basic functionalities of the website. We also use third-party cookies that help us analyze and understand how you use this website. These cookies will be stored in your browser only with your consent. You also have the option to opt-out of these cookies. But opting out of some of these cookies may affect your browsing experience.
Necessary Always Enabled

Performance cookies are used to understand and analyze the key performance indexes of the website which helps in delivering a better user experience for the visitors.

Analytical cookies are used to understand how visitors interact with the website. These cookies help provide information on metrics the number of visitors, bounce rate, traffic source, etc.

Advertisement cookies are used to provide visitors with relevant ads and marketing campaigns. These cookies track visitors across websites and collect information to provide customized ads.

Other uncategorized cookies are those that are being analyzed and have not been classified into a category as yet.