Домой События Digest of the Architecture of Sochi, January 2011 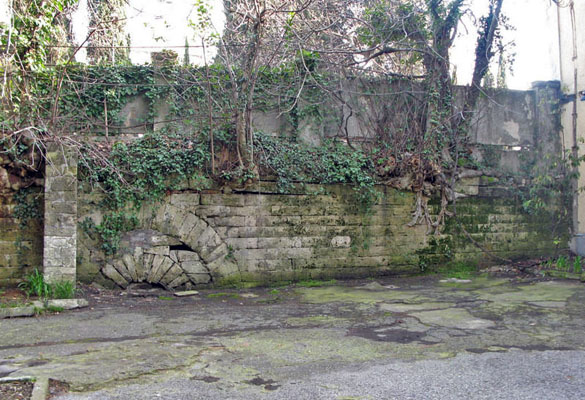 The city authorities plan to rebuild the wall of Navaginsky fortress At the meeting on 27 December 2010 Anatoly Pakhomov, the Mayor of Sochi, said that the land where remains of the ramparts of the fort are located will not be used for construction. It’s planned to reconstruct the wall and restore the staircase linking Voykova street to Ordzhonikidze street.

Architect M. Merzhanov talks about his project, the complex of Voroshilov Sanatorium , which took the Grand Prix at the Paris Exhibition of 1937.

Determined the cities where disassembling stadiums «will move to» after the Olympics.
The destiny for each of the 14 Olympic venues has been determined at the meeting held on January 4, 2011 with the participation of the Russian President Dmitry Medvedev and on the preparation for the Olympic Games in Sochi.

Project of reconstruction of the area of marina and the harbor from Mikhail Filippov.

In 1999, the Seaport District reconstruction project was designed by the studio of Mikhail Filippov. But it remained on paper like all other contest projects.

The dome of the Great Ice Arena takes shape

The first phase of installation of a bearing skeleton of the dome was completed in late 2010, and in the new year has started with metal coating of lobbies.

The assembly of the metal frame of arena for curling has began
Specialists of NGO «Mostovik» have started installation of a metalware of one more sports stadium in the Olympic park. Curling Arena will be commissioned in 2012. The project developed by V. Hoffelnerom («Europroject») provides construction of these complexes: 4 star hotel for 250 rooms, a shopping complex «Arcada», an office building and a marina for yachts.

The first public hearing in 2011 Public hearings held January 17, 2011 were devoted to review of the «Environmental impact» section of the reconstruction project for the sea port of Sochi.

One of the most beautiful buildings in the city — the Summer Theatre built in 1937, is being destroyed before our sight. Reconstruction of the theatre is on attempt to be include into the «Friendly City» program, they are trying to find investors, but the fate of the theatre is not clear yet. The Mayor and deputies have found a possibility to restore the «Villa Vera», a historic building and cultural monument, with the support of the regional budget. The first in 2011 Town Planning Board under the Mayor of the city of Sochi held on January 26, where it were considered three reconstruction projects: the Sochi bus station, the Moscow Hotel and the Cafe «Wave» on Thernomorskaya street.

A proposal for Olympic University project One of the options for adjusting the project of the Sochi Olympic University proposed by a Sochi architecture studio to maximally preserve the pedestrian zone and a pine grove on hillside.