Домой События Digest of the Architecture of Sochi, July 19-25 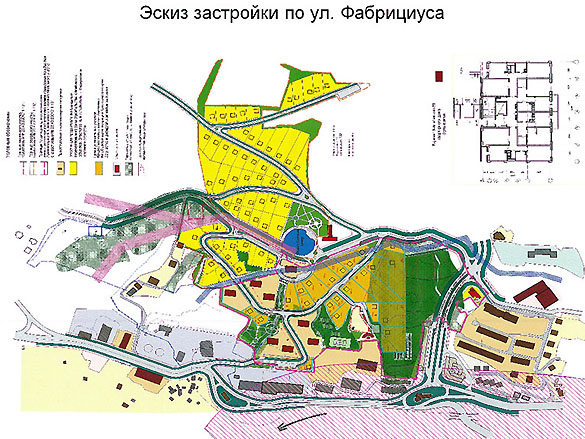 Permission is given for the construction of residential quarters for settlers on Ya. Farbritsiusa street. The project of a residential area has been made by «Ecostroy» Ltd. The first stage will be 22 cottages are built, in which Sochi residents will be moved from the zone of Olympic construction. The problem with a landslide, which was discovered during the construction of tunnel complex No.3 (on the new road Adler — Krasnaya Polyana) has been solved with a suspension bridge.
Tunnel complex No.3 locates on the site from 23th to 28th km (near Kepsha village). It is the longest tunnel complex on this road.

Completed concreting of base plate of Biathlon Stadium
Builders have started construction of walls and columns of the ground floor. After the 2014 Olympics the playground will be equipped with a roller track. And the building of the stadium will be converted into a multipurpose sports complex.

Sochi Circus is closing for reconstruction

The building was designed by the architect Yu. L. Shvartsbreym and was awarded by the State Prize of the Gosstroy of USSR. The construction of the circus was completed in 1971. Since then the building has never been reconstructed.

The construction of a school with 1000 seats started in Adler The school has been designed by Terem Ltd. together with the Krasnodargrazhdanproekt Institute. To date, works on arrangement of the foundation have been completed. Builders have started erection of monolithic reinforced concrete on the ground floor. Project completion is planned by the end of August 2011. Originally a new store of 3,200 square meters was planned on the site of the old building. However, the public were strongly opposed the new construction which threatened to destroy the mini garden created by S.I. Venchagov. So the project was changed.